It's that time again, the clock has moved, the days are getting colder.... Besides hot chocolate and wood-burning stoves, for a large part of the Netherlands this also means that the winter sports season is upon us! Did you know that there are still some 850,000/900,000 Dutch people travel for winter sports every year! Besides the fun of the sport, sociability, beautiful surroundings and of course aprés-ski, winter sports are not completely risk-free. Injuries are namely lurking, both in the beginner and the advanced skier.

Did you know that the knee tops the list of most common winter sports injuries?

Of all winter sports injuries, over 20% can be attributed to the knee! So today we take you through something that goes hand in hand, winter sports and knee injuries. We explain to you which injuries we see come back every year after winter sports, but most importantly, how you can lower your risk of them. 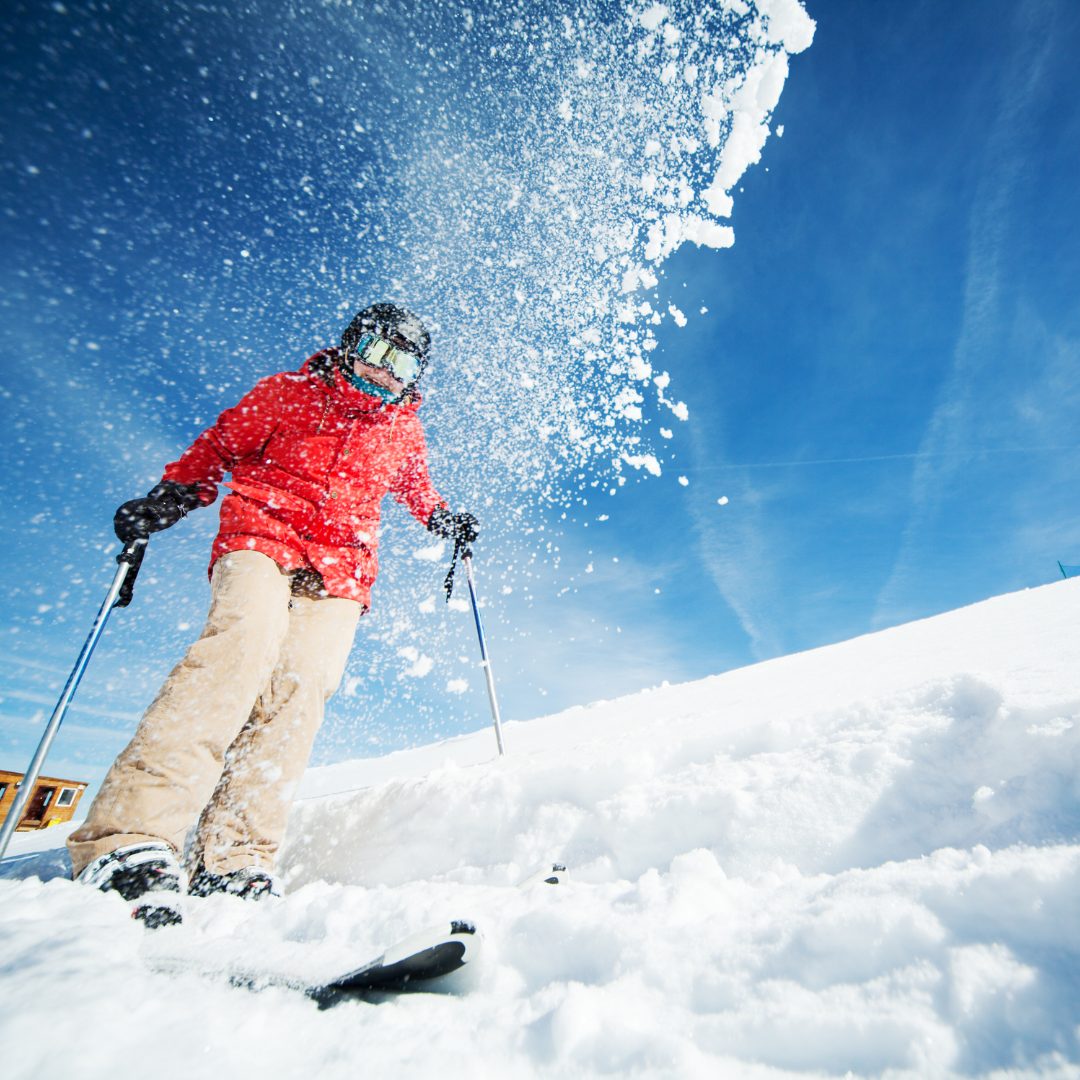 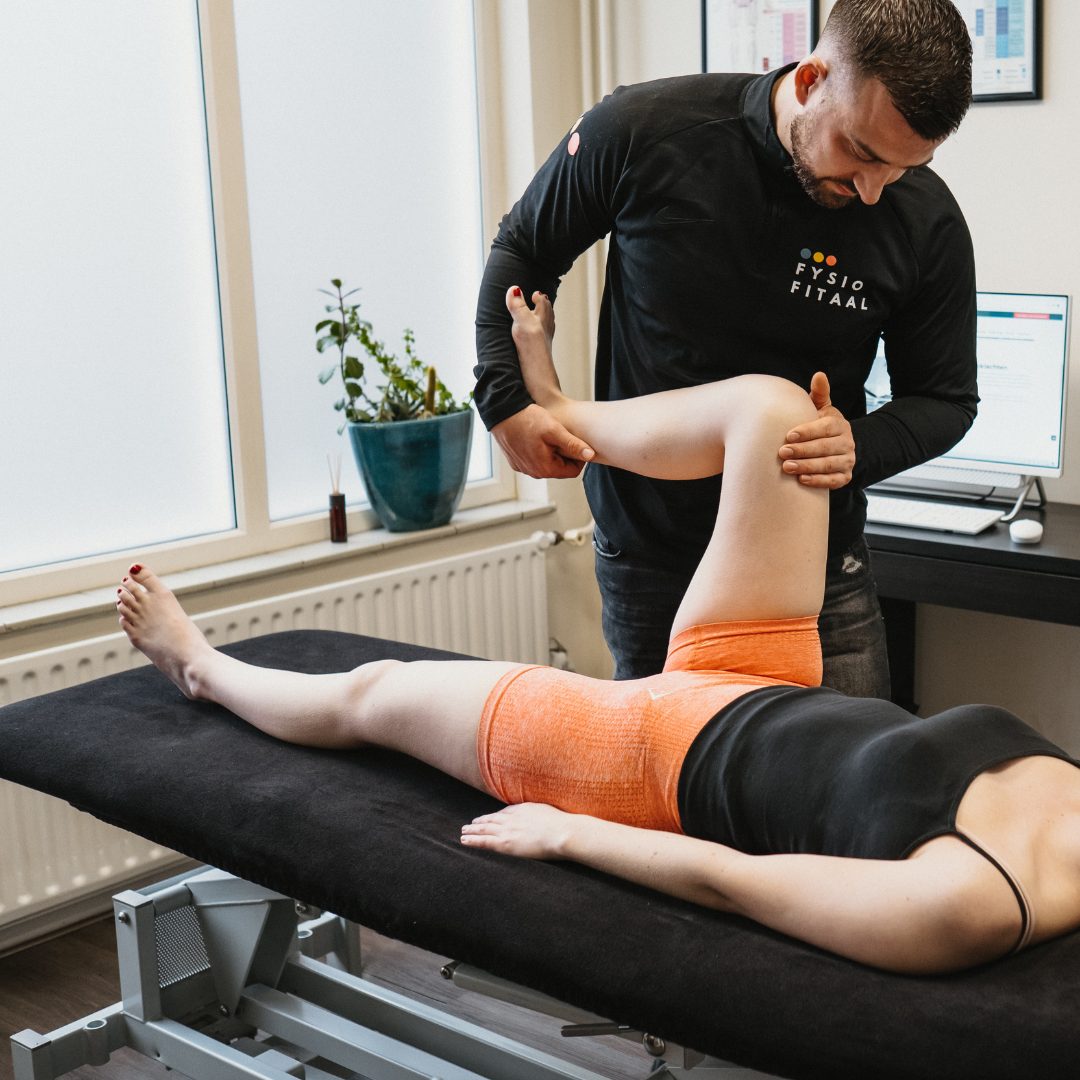 With non-traumatic winter sports injuries, we are actually talking mainly about overuse injuries. Think mainly of overuse injuries to muscles and tendons. These structures are very heavily loaded during winter sports. We require a lot of shock absorption, a lot of tension and a lot of tensile forces are put on these tissues. If we then consider that the average Dutch person spends +-1 week a year on skis or a snowboard, it is not so crazy to think that our tissues are not at all accustomed to this specific sports load. The occurrence of these injuries can be compared to the occurrence of knee injuries when we suddenly start fanatically from nothing running. The tissue is not used to the load, a lot is asked of it and it is given little time to recover.

Before we get to the traumatic injuries, it is good to identify what are actually risk factors for sustaining knee injuries in winter sports.

When it comes to traumatic knee injuries, we can identify several causes that cause knee injuries. We do see a difference in this between the practiced winter athlete and the beginner. When it comes to ligaments, the anterior cruciate ligament and the inner ligament of the knee are the most frequently affected. In addition, we see knee injuries more often in skiers than in snowboarders.

A trauma moment in skiing can occur when, for example, your ski shoots out, gets stuck in the snow or during a fall. It is then the inward rotation of the upper leg relative to the lower leg that causes these structures to become stressed and broken.

In advanced winter athletes, the cause is more often a high impact on the knee, such as landing from a jump or a hard fall. It is mainly injuries to ligaments and/or meniscus that we then see occur because the impact can be so high that it cannot be processed. Such an injury can also occur if, for example, you land with (over)stretched knees. The impact to the back is then so high that you anterior cruciate ligament may give way.

When it comes to knee injuries, in all cases it is often immediately obvious that something is not right. With anterior cruciate ligament injuries, for example, the knee often becomes thick within no time due to blood flowing into the knee. In addition, a pop/pop can be heard and it is often not possible to stand on the knee anymore due to instability and pain. The symptom picture in inner ligament injuries is more or less similar. With other injuries such as bone fractures, we also often know pretty quickly that something is not quite right. 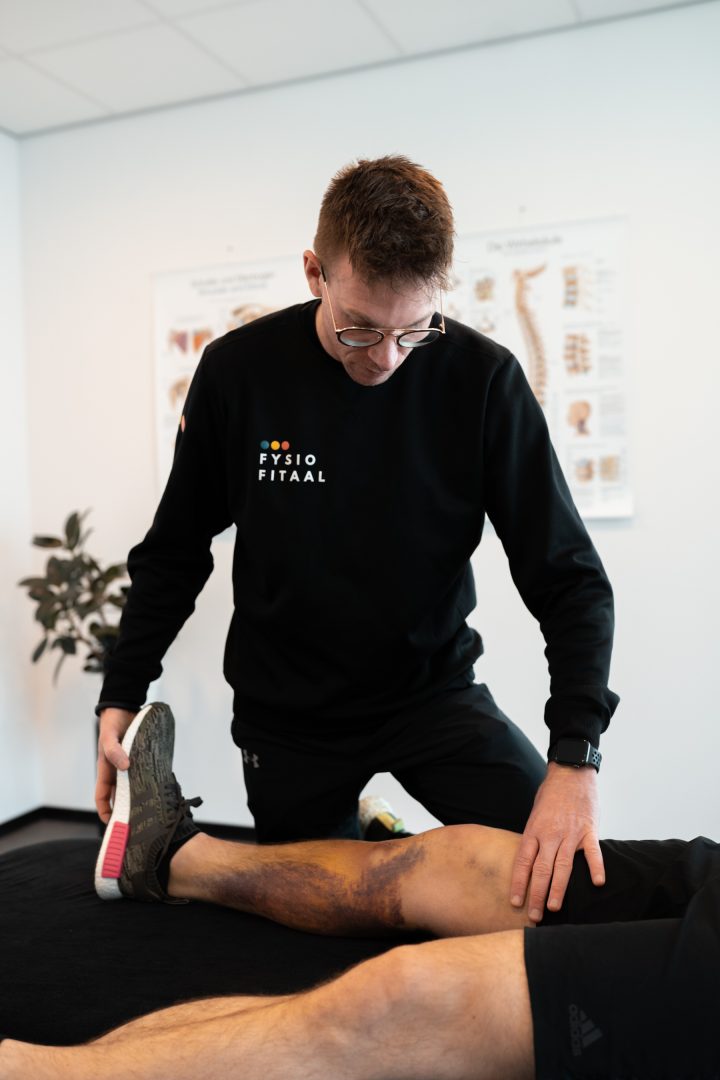 Prevention is better than cure....

An accident is in a small corner.... We can't completely prevent knee injuries during winter sports. But we can do a lot to reduce the chance that you will be the unlucky one.

So take a good look at the tips below and be well prepared for your trip!

Still suffered an injury during your winter sports ? Then contact Fysio Fitaal in Tilburg. We are a modern practice Physiotherapy with a focus on sports physiotherapy and physiotherapy after surgery. In addition to our commitment to your rehabilitation and recovery, we use innovative and measurable physical therapy.