Upon incurring a anterior cruciate ligament injury we also frequently see damage to the meniscus (shock absorber in the knee). In some cases, this is already obvious before the surgery by, for example, recognizable symptoms or through confirmation from the MRI taken. During anterior cruciate ligament surgery, we also always check how the rest of the knee is doing. This way we can be sure that nothing is missed that would make you have to go under the knife again later on. When it comes to the meniscus, we know of two techniques that can be used if surgical intervention is needed; cutting or suturing.

In a meniscectomy (cutting), the orthopedic surgeon chooses to remove the damaged part meniscus to be removed by shaver. This involves removing the patches attached to the meniscus. In a meniscopexy, these are sutured. The choice made depends on several factors. If at all possible, we do prefer suturing the meniscus. This is because we know that patients in whom we have removed part of the meniscus have a greater chance of developing osteoarthritis-related symptoms later in life. Mainly in the first phase of rehabilitation, there are differences between the cut and sutured meniscus. For example, a patient in whom the meniscus has been clipped may mobilize (walk) immediately under load and may use the full range of motion of the knee based on pain. Little difference from regular anterior cruciate ligament rehabilitation after surgery, then.

A patient in which the meniscus is sutured should keep in mind that the protocol looks different for the first 6 weeks. The biggest differences here are seen in walking/loading the knee and moving the knee.

After all, with a suture, you may not:

Week 6+: build up to 100% loaded mobilization (walking) and decrease use of elbow crutches guided by pain and based on quality gait. 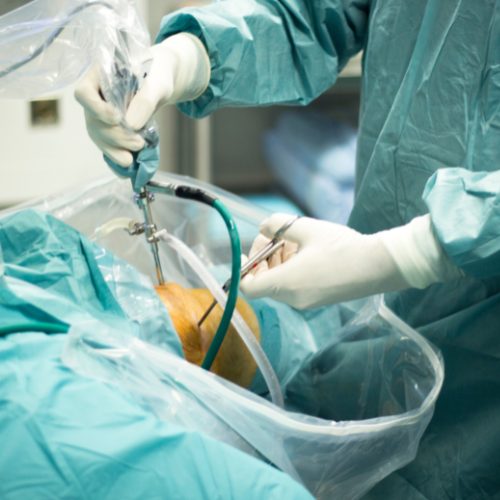 Fortunately, there is plenty to work on in the first phase of your rehabilitation! This way, we can ensure that you can make progress despite the above "restrictions. Do you have questions about your meniscus suture and the policies involved? Feel free to ask them!

At Fysio Fitaal Tilburg we help you get back on the field, on the track or in the gym as soon as possible! Together with our physiotherapists you work step by step towards a pain free and healthy situation to get back into sports with full enthusiasm.

Do you recognize yourself in these complaints and are you looking for professional sports physiotherapy in Tilburg? Send an e-mail to info@fysiofitaal.nl or use the contact form below.