Often in a hernia there is pressure on the nerve because the inner ring of the intervertebral disc sticks out a little. Common symptoms of a hernia are aura beyond the knee, tingling and sometimes a dull feeling. Research has shown that a conservative policy (physiotherapy) with a hernia has just as good an effect as surgery.

In a herniated disc, there is pressure on or compression of the femoral or sciatic nerve. The nerves of the spinal column run, as it were, through a tunnel. Often in a hernia there is pressure on the nerve because the inner ring of the intervertebral disc sticks out a little. Because this piece of the intervertebral disc presses against the nerve, it becomes irritated and an inflammatory reaction occurs. This inflammation ensures that signals are disturbed and symptoms such as radiation and tingling occur. 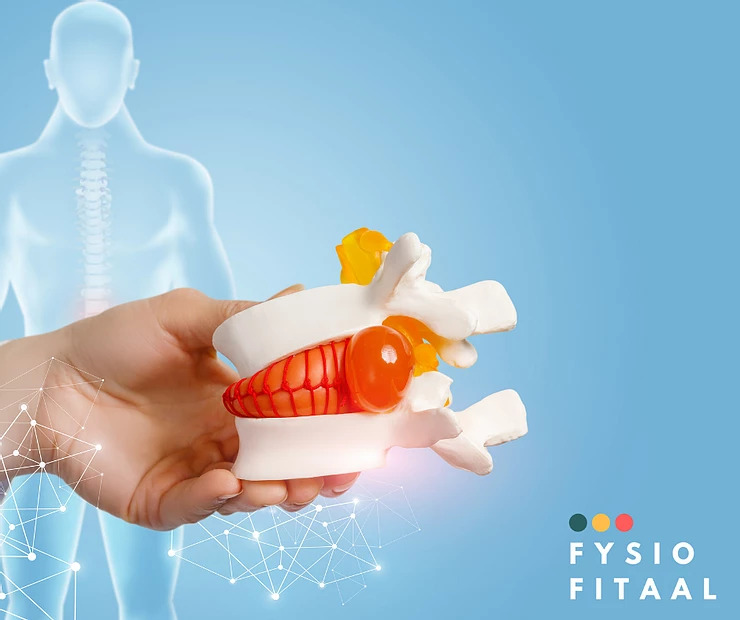 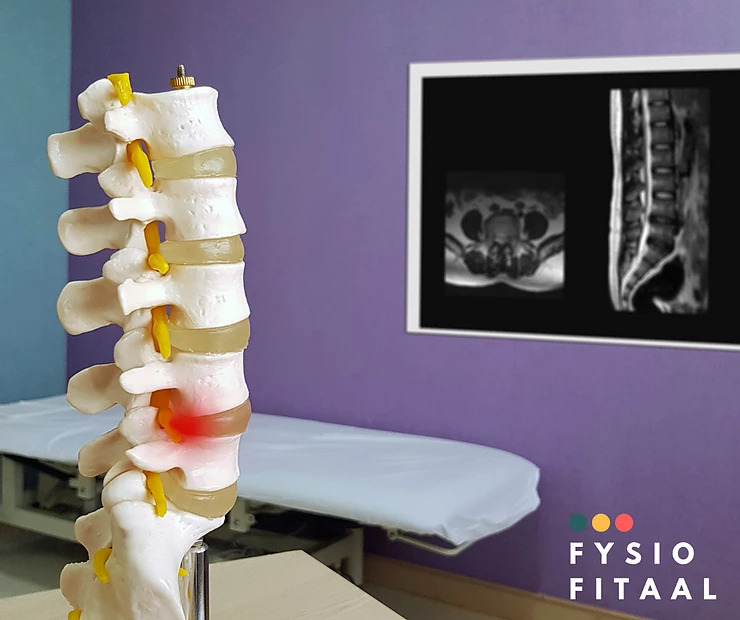 Common symptoms of a hernia nuclei pulposi are aura beyond the knee, tingling and sometimes a dull feeling. Loss of strength can also occur in the leg on the affected side. An important characteristic of a hernia is that there is often more leg space than usual.pain is present than back pain. The symptoms can also worsen with coughing, sneezing or pushing and, in some cases, a reduced patellar reflex can be present.

To diagnose a hernia, an MRI scan is often made. On the basis of the patient's story, it is often soon clear whether there is a hernia. On the MRI scan, the doctor can see how serious the hernia is and how it should be treated. A physiotherapist can also diagnose a hernia. The physiotherapists of Fysiofitaal do this with the help of clear information from the interview and a number of specific tests. Depending on the seriousness of the complaints, it is decided whether the patient should be referred to the general practitioner.

Research has shown that a conservative policy (physiotherapy) for a hernia is just as effective as surgery. That is why far fewer operations are performed than before. Whether or not surgery is necessary depends on several factors and is determined by a specialist. In most cases the complaints decrease within 10 weeks. In the beginning, a hernia is treated with relative rest. After the resting period, it is important to evaluate the condition on the basis of exercises and training to regain strength and mobility. The physiotherapists at Fysiofitaal can help you with your rehabilitation.

Do you suffer from a hernia, similar complaints or other back pain? Make an appointment with one of our therapists and they will help you recover soon.